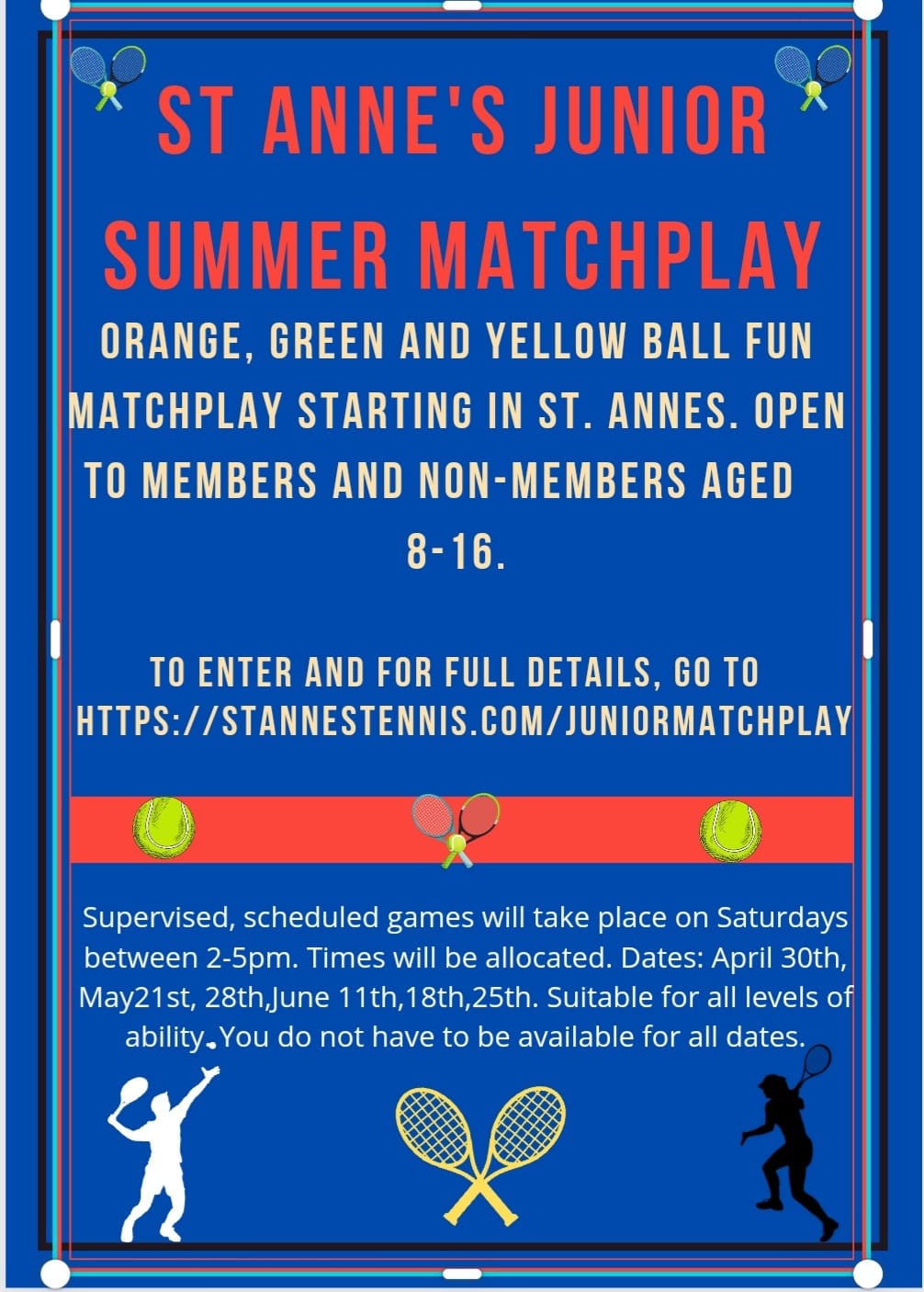 The Junior Matchplay is open to members and non members between the ages of 8 and 16. Groups will be created based on ball (Orange, Green, Yellow) and ability. Matches will be fast four format (first to 4, next point after deuce). Players will play at least 2 matches each day. The matches for the younger players will be supervised by staff and helpers. This is a great opportunity for players to get some match practice in.

Matchplay will be on Saturday afternoons between 1-5pm starting April 30th. Times will be issued as soon as the groups have been created. Matchplay won’t be on every weekend as there are adult tournaments on certain dates. Here is the list of dates: April 30th, May 21st, 28th, June 11th, 18th and 25th. Not to worry if you can’t make all dates, get as many matches in as possible. WhatsApp groups will be setup for each group.

Entries and results will be published in Tournament Software – here.

If you have any questions, please contact Neil in the Office – neil@stannestennis.com